Henning always works hard by showing a lot of creativity in what he is doing and - according to the Chinese - he is born in a year of the dragon.

To understand the diversity of activities Creative Dragon Works is engaged in, it helps to know, that Henning - despite an international childhood - was mainly educated in Germany, where he became a professional mechanic. He gained about five years industrial workshop experience, before he studied industrial engineering.

After graduating as Dipl.-Ing. (FH) - equal to Master - he first worked as a freelance consultant for mechanical processes at a printed-circuit-board manufacturer.

In 1997 he was employed by a world leading Tungsten Carbide maker and was assigned as Sales Manager Asia for wear parts. Stationed in Hong Kong as a base to serve the APAC region, Henning penetrated the market with remarkable success.

By the end of 2003 he was "head-hunted" and given the task to set up the Asian operation of a German maker of stamped metal parts, serving the mobile phone and automotive industry. After a few years Henning resigned as Managing Director and Legal Representative and registered his own company in 2006 in Hong Kong.

This scope of business is quite a miss-match to Henning's professional life so far. The only thing matching is the business consultancy.

Through the family on his mothers side Henning was influenced by his grandfather, Lothar Heinemann, who was - at least in Berlin - a quite known picture-painter. He lived from selling his pictures, designing election-campagne posters for the German Liberal Party, illustrating various books and for many years a brewery's magazine, named "Der Schultheiss-Bote". Also his mother as a graphic designer with a high general interest in art works inspired young Henning a lot.

As a kid he painted pictures, drew sketches and learned in a natural way about arts and design. Being a teenager he discovered the photography and developed a general technical interest, which fast turned onto motorcycles and its community.

It happened to him to become the organizer of the - within motorcyclists community - very well known "Elephant-Meeting" at the Salzburg-Race-Circuit in Austria, were it was held by him in the years 1988 and 1989. In 1990 he changed the location to Nürburgring in Germany, where the meeting still takes place today.

His studies he supported by running his own company giving event services and running his own exhibitions. He rented out sound equipment to big events and even offered his services as DJ with great success. However, whith studies advancing he had to make a though decission: Either to stay in business or to write his dissertation.

Henning decided to write the dissertation!

When he came to Hong Kong, he picked up his former hobby, the photography. A friend asked him to take pictures of his wedding. The friend and many of the guest belonged to a dragon boat team. They very much liked the photos and asked Henning to become their official team photographer in order to provide good marketing materials to their sponsors.

Soon there were more photos on hand than needed and the idea to publish them in a book came up. But a book should offer more than only pictures, it should tell a story! In this case the story had to be about Hong Kong and its dragon boating. During research for the book the contact to the International Dragon Boat Federation (IDBF) was established.

The IDBF liked the book and also needed somebody to provide promotion materials, such as professional photos and videos.

Finally Creative Dragon Works - meanwhile registered - was running its own dragon boat website - www.dragonboatnet.com, had published the book "Hong Kong - Mother of Dragons", publishing for years the sports magazine "Dragon Boat World International" and has became the official media partner of the IDBF.

In 2008 Creative Dragon Works moved to Germany and at first continued its business within the dragon boat sport. However, with the international financial crisis, money flow slowed down, providing growing account receivables and shrinking amounts on the actual bank account. To support his living Henning picked up a sales job for refractory metals, which he - after four years - quited again. Although Creative Dragon Works stayed registered, the relationship towards the IDBF and the dragon boat community have fallen asleep - in good faith and for the only reason of Henning being to occupied with the sales job.

Nowadays, Creative Dragon Works has developed its own brand named MotorTrekking. This brand turns its focus on going out for camping with the motorcycle.

Other services like photography, video produktion and web- & print-media design are not pushed anymore. However, Creative Dragon Works still would be open to take projects based on a case to case decission.

The aim of this website is on the one hand to promote Creative Dragon Works services in the full and diverse bandwidth, ranging from arts to industrial engineering services.

On the other hand Creative Dragon Works wants to keep its former work available to respektive communities.

Hopefully you will enjoy and perhaps consult Creative Dragon Works. 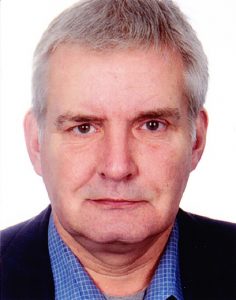